Who Is Vlad Abacus? 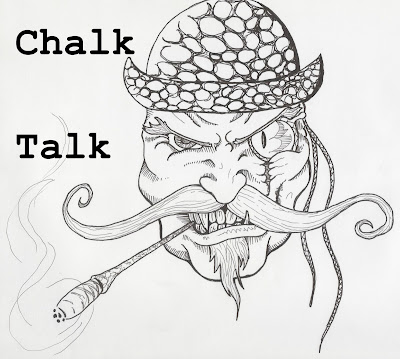 I had the rather sublime pleasure the other day of interviewing a hot, up-and-coming artist.  His name is Ryan O’Laughlin and he’s working on some rather, well, expressive material.  In this 1-on-1 exclusive, I sat down with Mr. O’Laughlin and tried my very best to answer the question on everyone’s quivering lips:  who is Vlad Abacus?

Here’s how it went.

CC:  Thank you for your time, Ryan!  I understand you’re a busy man these days and you keep a rather tight lid on your activities and engagements, yes?

CC:  That’s not what I heard, my good man.  I hear you used to be quite the hotsy-totsy about town, a downright peacock, so I’ve been told. So tell me, what have you been doing since you left the party scene behind?

RO:  I guess you could say I’ve been working on some art.

CC:  Delightful!  According to my sources, you’re working in collusion with the ever-elusive Vlad Abacus, yes?

CC:  Oh, why lie, my good man?  It’s the very talk of the town.  Word on the street is that he has you commissioned to write and illustrate for him.  Are my sources wrong?

CC:  This is my livelihood, old sport!  My readers crave truth, truth in all things. Those reading right now care so very deeply about what’s real and what’s not, believing that which they can touch and verify, holding in their hearts a sincere and abiding belief that in this world-

CC:  Why the reticence, my boy?  That’s no way to speak of a patron.

CC:  You feel that, Ryan?  In your loins?  That’s the plot… thickening.  Why, my good man, why would such a strapping young buck as yourself retire from such a flamboyant existence, only to feel shame for the art he creates?  Well, it simply doesn’t follow, does it?

CC:  Indeed!  You know, some say that your regression to a more secretive lifestyle corresponds directly to the re-emergence of the notorious pimp, The Silver Swan.  Nobody knows who he is, but his name is whispered in desperation amongst the prostitutes of the street corners.  Women have been known to come and go from your apartment, what say to you these allegations, my good man?

RO:  That’s nuts, bro.  Those women come over to play Dungeons and Dragons.  That doesn’t mean I’m a pimp.

CC:  Is that so?  According to my records, you graduated from the University of California at Berkeley with a degree in psychology, is this true?

RO:  Well, yeah, it is.  But I want to make it clear, Chalk, that’s likely the only thing in your damn records that is.

CC:  Are we to presume, then, you’ve been hard at work in the field of psychology?

CC:  I see, then!  So what have you been doing for money?

CC:  You’re a pimp!  Cease these foul lies!  You expect us to believe that these women, these poor women, walk up and down the mean streets of America, hoeing out their vaginas all the live-long day, only to arrive at your domicile to play Dungeons and Dragons?

RO:  Those girls spent that money on graph paper, I swear!

CC:  Am I seriously expected to believe this nonsense?  I am a gentleman!

RO:  Fuck off, bro!  My Dungeons and Dragons games are seriously good, okay?  Listen, buddy, if you played one of my D&D games, you’d blow dudes for money, all right?  All night long!  Yeah, I know what you’re thinking, “Ryan, I already have enough money in my pocket for graph paper right now, why would I do that?”  I don’t fucking know, I’m not a psychologist!  But trust me bro, you’d straight up blow dudes and spend that money on more graph paper.  That’s how good my games are… how do you think I wound up in this predicament?

CC:  Ah, so we come full circle, then… Vlad Abacus.

RO:  He’s terrifying.  I’ve seen him without his mask.  He has words for eyes.  It isn’t human.

CC:  But our readers think him a hero!  They say he’s the greatest champion of psychic karate the world has ever countenanced!

RO:  Let me tell you something about psychic karate, buddy.  You shouldn’t mess around with it.  That shit will ruin your life.  Vlad did psychic karate on me once and it was terrifying.

CC:  Do tell us more, for posterity, my good man.

RO:  He’s the master of the Silver Swan style of psychic karate-

CC:  Any relation to the pimp of the same name?

RO:  None whatsoever.  Anyway, he can punch you across great distances with this technique, so you can’t escape it.

RO:  It makes you feel uneasy about your career decisions.  Even worse, it can cause you to poop centipedes.

RO:  Dry.  Dry centipedes, bro.  Hundreds of them.  You have to just let them crawl out of your ass on their own steam, on their little legs.  It’s awful! (Ryan begins weeping softly).

CC:  Dear lord, that’s terrifying!  It’s like a bad dream on paper, and drawn so poorly!

RO:  I know, right!  Nobody wants to look at this shit!  My career as an artist will be ruined.  All I ever wanted to do was a reading at a Barnes and Noble or something, but that shit’s right out the door as soon as he publishes.  My reputation as a serious artist is done, buddy!  I’m fucked!

CC:  So why?  Don’t do this to yourself!  Try to run away.  Oh, I’m sure some kindhearted soul would give you shelter and refuge…

CC:  Because of the psychic karate?

RO:  Damn straight.  I shit dry centipedes once already, I’m not about to do it again.

So, there you have it, internet!  Vlad Abacus is real, psychic karate is real, and Ryan O’Laughlin is hard at work on some seriously juvenile literature featuring feverishly-scribbled psychotic nightmare images.